Well, we got a points change! Or...maybe a points adjustment is more accurate.

We'll need time to see what, if any, impact the minor adjustments and addition of the Battle of Yavin Scenario Pack content will have, but blogs are for blazing hot takes, so here come a few of mine! I'll admit that I was excited for a sweeping points shake-up. I enjoy nothing more than wiping my squad building apps clean and starting from scratch and would highly recommend that approach to anyone in place of trying to modify your existing lists to fit new points. So satisfying. I had already begun that process when I heard that we got more of a tweak than a change.

So I would be lying if I said I wasn't disappointed. But...I've been doing some thinking and the way that this shook out now makes more sense to me. The SL (Standardized Loadout) pilots in the Battle of Yavin and Battle of Coruscant packs constitute the introduction of a relatively significant new dynamic in the game so maintaining a relatively steady baseline status against which to measure their impact will be valuable for the developers to balance those pilots moving forward. Sure, it would have been nice to get a big shakeup of the metagame, but if every other pilot's points changed along with the introduction of these standard pilot builds then if the new content over- or underperforms then it becomes more difficult to pinpoint the issue. I'm optimistic that we'll get a more comprehensive points update with the more conventional Hotshots and Aces 2 or the teased TIE Bomber reprint. Also VERY excited about those.

So what we got on Wednesday was a points reveal for the two scenario packs that are about to be released as well as a mild rebalance of the existing points costs, mostly targeting pilots, upgrades, and combos that by now have been exposed as pretty clearly undercosted. I'll choose a few standouts that I noticed from each of those two categories that were either good, bad, or intriguing and do my best to discuss.

For my scorching hot take today I'll say my impression is that, while underwhelming, the changes that we got were understandable and good overall and that I'm interested to see what new listbuilding options are competitive now that some common choices have been rebalanced.

Battle of Yavin/Siege of Coruscant

These thoughts are going to be mostly limited to Yavin content since that was what has had the most teaser reveals so far. My local group plans to play the scenario a few times next week to we'll cover it in the next post.

We're getting Garven Dreis and Jek Porkins (with super fun abilities) at 4 points to join the Cavern Angels among the ranks of affordable T-65 pilots! Look, I love Saw's rascally renegades as much as the next guy but I don't watch Star Wars and say, "wow, can't wait to go put Leevan Tenza on the table." Just keeping it real.

And we'll get Jag and Wolffe in the ARC-170 at 4 points! Though I don't believe the ARC loadouts have been teased, it'll still be pretty neat.

Honorable mention to 5-point budget Wedge, who I think will end up being a viable alternative to Thane despite being a clear downgrade from the current version.

I am SO excited for the return of Interceptors. Sensitive Controls is a lot of fun and this group of pilots, each with its own "niche," is going to feature in a lot of my Imperial lists. My personal favorite is the one above with the upgrade that diminishes incoming fire and a cool defensive ability. Super neat!

All I can say is that we were all really excited for this Iden Versio in an Interceptor and she still looks great...but maybe not for 6 points. Great ability and a built-in Shield Upgrade are super cool but I had envisioned flying her alongside a newly emboldened Soontir Fel and it looks like that may not be too feasible with them costing 12 points combined. Oh well.

This new take on Darth Vader in the X1 is an interesting choice and is costed at 6 points! He gets to use his TIE Defender ability on the X1 chassis for a significant discount but loses a few of the tools that we traditionally think that Vader needs to succeed. He doesn't have Fire Control System so if he wants to boost his offense you'll need to find a way to acquire a new Target Lock each turn if you spent it on the attack. The new ability, while cool, replaces the ability to chain actions so if you need to Target Lock then that's going to be your only action. The ability to change a blank to a hit with a Force charge may obviate the need to reroll, though. I think time will tell what the best approach to building around and flying this "budget" Vader is.

Speaking of building around Vader, he comes with some cool new TIE/ln options, including "Backstabber" at 4 points and "Mauler" Mithel at 3, each with a neat set of upgrades, an extra hull point, and abilities that grant them an additional attack die for flying in a tight formation as that nasty trio who chased Luke and friends through the trench. Seems pretty good for the points but we'll see if it ends up being worth the trouble of always building squads with them together and keeping them in formation.

Okay, so this one probably goes up in "The Good" but I needed to flesh out the categories a bit. This Han at 7 points, a 1 point discount over his usual self, seems pretty good. I especially love the concept of the two pilot abilities that draw from the same pool of charges. My only reservation is that 7 points is still kind of a lot and this Han is missing a few of the tricks that usually justify his high cost. It's often helpful to be able to add a double-tapping gunner like Bistan to Han to get two attacks per turn and regular Han's reroll ability helps him survive a lot longer than one would expect. That said, Solo plus Millennium Falcon plus this new Chewbacca may make him pretty survivable and the coordinate ability is incredible. Like a lot of the pilots in these packs I think the true value of this new Han depends on how quickly we're able to start thinking outside the box in terms of how we play.

Look...we all had a great time with the ISB Jingoists and Wampa but now that time is at an end and we can look back on it fondly. They were clearly too good for two points and are probably reasonable at 3 with some healthy Loadout Value. The Black Squadron Ace, Obsidian Squadron Pilot, and Academy Pilot at 2 with no LV still give us an opportunity for neat builds without being an obvious choice. I had stopped playing Empire for a while simply because any list that didn't include at least 2 of 3 super-TIEs wasn't really worth using and I'm excited to see what is going to emerge to take their place.

Notorious going from 2 points to 5 hurt a lot of my lists and, I expect many others' as well. And that's probably good. I saw someone say, "it became no longer a question of whether or not I would include Notorious in my squad so much as which ship it should go on." That's probably a sign that something needs to be adjusted. I'll still use it but the change needed to happen.

Electro Chaff went up along with some other Devices. Probably needed to happen, not much to say about it. The threat of the Chaff Clouds, a single card, was changing how people built squads. I think they're still costed such that they're still viable if you you need them.

I get it, the BTA-NR2 Y-Wings were getting a bit annoying. It was just a little too easy to do a "Great Ship+Good Ship+3Ys" list in Resistance and that was getting to be the predominant squad archetype. The efficiency was starting to get boring. But why did every single one go up to 4 points?! Sure, Wartime Loadout came down to 5 but the Ys still don't have meaningful loadout to leverage it unless there's some cool combo that we're all missing. This ship is a really (surprisingly) neat design but is clearly proving a headache to balance.

The Fall of the LAAT?

Hound, the Republic's most popular LAAT/i, has gone up to 6 points and it seems all LAATs have lost loadout. Now, it's definitely true that all competitive Republic lists seemed to have a LAAT/i in them, usually Hound, but is that really so bad? It's still a relatively vulnerable ship that is an obvious target and linchpin of the squad. Plus, is Jedi+Clones supported by a gunship not a wholesome, thematic squad archetype? There was a crew upgrade combo going around on Hound with Satine Kryze and Korkie Kryze that was essentially designed to make Jedi incredibly difficult to destroy. I acknowledge that this is a potential Negative Player Experience, but I wonder if it would have been possible, instead, to just reduce loadout and/or slots to make that combo less valid. The LAAT would still be a good ship at 5 points with its support ability and less LV. Just seems a bit harsh.

That said, the reason the LAAT is in the "We'll See" category is that my assumption is that this was done to preempt some sort of broken combo coming with the Siege of Coruscant pack. Also, we still have Hawk at 5 with 12 LV which is still pretty good. As much as I love the LAAT and was happy to see it enjoy some success I am pretty stoked to see some 4-point ARC-170s and new clone pilot combos.

R4 and R3 Astromechs went up a point?! Truly fascinating and I can't come up with many good reasons why, but I'm not too stressed about it. The increase to R3 makes Dutch Vander in the Rebel torpedo strike archetype a bit less efficient, perhaps to compensate for the decline in Electro-Chaff Missiles that will accompany their points increase? Not sure, but not super worried about it and wondering if an increase of just 1 point will encourage people to look at other droids. All it really did to me is get my favorite Poe Dameron build from 24/25 LV to a nice full 25/25.

What are your thoughts on the new content and minor points adjustment? 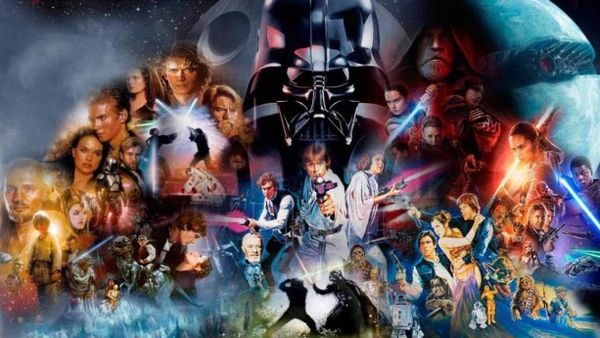 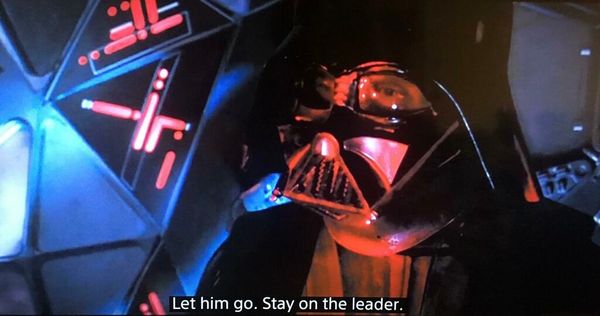